Bikar is awarded two large projects for the design and supply of expansion joints for two of the largest desalination plants in the Middle East.

We are proud to announce both agreements made directly with the engineering companies involved after the mutual support shown during the design of the project.

In this way Bikar started the year 2022 strongly and leading the desalination market as it had been doing in recent years.

Different improvements and optimizations in our designs have allowed us to be more competitive in terms of prices while maintaining our excellence in terms of quality and delivery times.

In the coming months we will publish both projects, detailing the type of expansion joints manufactured in each case. 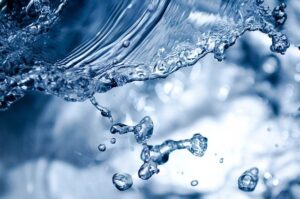 Expansion joints for a desalination plant in Saudi Arabia

As we anticipated in March, Bikar was awarded the design, production, testing and supply of a large number of rubber expansion joints for two of the most important desalination plants…

BIKAR is approved as an authorized supplier of ADNOC

BIKAR Expansion Joints obtains approval as an authorized supplier from ADNOC, the Abu Dhabi National Oil Company. ADNOC is the state-owned oil company of the United Arab Emirates (UAE), with…

¿How to select the most convenient expansion joint for our installations?

Many are the clients who send us their doubts, both when designing and buying, about which or could be the most convenient expansion joints for their installations. With the aim…

Bikar already delivered an important package of rubber expansion joints to be installed in one of the newest chemical plant in Asia. The most challenging aspect of this solution was…

Being approved by the main Water clients in Saudi Arabia, BIKAR is one of the regular supplier for any kind of water projects in the Kingdom. In this case, this…

It is a package of custom designed and manufactured rubber expansion joints, under the parameters required by the client. The design, as we usually do for this type of demanding…

Bikar is awarded two large projects for the design and supply of expansion joints for two of the largest desalination plants in the Middle East. We are proud to announce…

This year BIKAR will be present at IFAT and ACHEMA exhibitions

Both of them will be in Germany, IFAT 2022 in Munich and ACHEMA 2022 in Frankfurt On the one hand, IFAT is the world’s leading trade fair for water, sewage,…

At Bikar we try to provide the best of our services through our custom made solutions. We do this through a constant search for excellence, always highlighting quality as our…

From Bikar we would like to thank all of you who make it possible for us to continue growing and offering the best possible quality in each new project.  We…